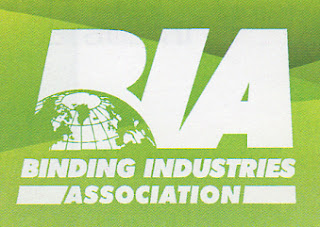 There are very few crafts that were around in the sixteenth century that are still around today. In those days there were wheelwrights, blacksmiths, coopers, harpoon makers, and book binders.

Well I have good news and bad news. You have survived. Look around and give each other a nod of approval. In the past five years half of the printers in the US went under, but you are still around.

Now for the bad news: How many of you will be around five years from now? How can you maximize the odds that you will be?

The question is as it has always been. How do you balance the need for labor with the investment in automatic machinery? I will stick to two key areas: Collating and mechanical binding.

These machines are sleek, pretty, and have all the bells and whistles that you can ask for. However they are labor intensive, pricey, and have a short life span.  Consider this: These machines, on average, cost $100,000. You can purchase a used, heavy duty collator for $50,000 to $100,000. A rebuilt Sterling, Didde, or Ehlermann/Colley will last you over 20 years. These machines have deep, top-load, bottom feed pockets and never need to stop to be re-loaded.(VIDEO IS BEING SHOWN)

Of course, many of you own a floor model collator. But some of you don’t. I know a bindery that has four tower collators and collates special stock by hand. Why spend six figures for a machine that will only last five years when you can purchase a machine that will last longer, use less labor, and be able to collate a greater variety of stock? If your stitch/fold/trim work is growing, I guess it makes sense. If you want to be flexible, and do specialty work, a floor model collator is the way to go.

About 15 years ago we developed the first automatic coil binder and then we introduced the very first one with an in-line former: The Sterling Coilmaster. How many of you own an automatic coil binder? Of all of you, can any of you bind books thicker than 20mm on these machines? Our machine can bind up to 50mm. Here is a live job of 38mm books (VIDEO IS BEING SHOWN). The customer had a 300,000 run and averaged over  400 books per hour. When he was doing the job by hand he was averaging 20 books per hour per person. Not a pretty sight. Does it look familiar?

Also those of you who bind 100,000 books per year and are not forming your own coil are wasting your money. Firstly, when you have a job that requires 2,000 18mm coils, how long does it take you just to find the coil and make sure that you have enough? How often is that coil twisted and deformed, while still in the box? What do you pay for shipping when you have to get coil sent to you next day? The savings from buying plastic filament rather than coil on forming 200,000 coils per year, is more than it would cost to lease a coil forming machine. Most of the coil you purchase in this country is made on our machine: The Sterling Coilmaker. If your coil supplier can make money forming coil, so can you.

I once told a bindery owner in California that if he made his own plastic coil he would save $100,000 per year and the machine at that time only cost $28,000. His reply to me was; “I’m not so much interested in saving money as making money.” FYI, he’s out of business. Perhaps he never heard of the saying by the most famous printer ever, Ben Franklin, who said; “A penny saved is a penny earned.”

How do you guys pick what to automate? I walked into a shop about fifteen years ago. It was a bindery in Massachusetts. The owner showed me his gorgeous Muller perfect binder.  It was a 5,000 per hour machine. He told me he was about to upgrade to a 6,000 per hour machine at the cost of three or four hundred thousand dollars. So he was only going to raise his productivity by 20%. After all, look at the screen (VIDEO IS BEING SHOWN). How can you bind books faster than this?

This bindery did an equal amount of perfect binding and mechanical binding. He then showed me his mechanical binding department which looked like a museum. I suggested that he purchase an automatic wire binder that would bind up to 4,000 books per hour. He laughed. I then explained that this would raise his productivity by over 400% for a cost of about $150,000. He opted for the perfect binder. FYI, he’s not here either. He closed his doors years before the recession.

We sell the Rilecart line of wire binders, which is the broadest line in the world. Rilecart calls us the TP-480 guys. Why? The Rilecart TP-480 is an entry level machine. It competes with James Burn, Renz, GBC—all of which can bind up to 1,000 books per hour. This machine, like the others, costs about $30,000. Rilecart makes other models that bind 1,500, 3,000, and 4,000 books per hour. This is what they mostly sell in Europe. Europeans are very labor conscious. (VIDEO IS BEING SHOWN)

Most bindery owners usually opt for the slowest, most economical wire binders. They just figure they’ll throw labor at it or add another shift. It is not unusual to see ten or twelve people working six wire binders when  four or five operators could bind up to 4,000 books per hour on Rilecart’s fastest machine How much money would you save if you saved the labor costs of six workers at $10 per hour? The savings is $125,000. This doesn’t count taxes, health insurance, workman’s comp, or overhead. If we add 50% then we come to roughly $190,000, the yearly cost, which is also the one time cost of a brand new Rilecart B-599, capable of binding up to 4,000 books per hour. Add to that the six wire binders that cost $30,000 a piece at $180,000 and the savings are substantial.

I don’t understand why so many owners fail to do the math. I refuse to believe that Europeans are better businessmen than we are. So what’s the disconnect? (VIDEO IS BEING SHOWN)

We deal with binderies that don’t own an automatic punching machine, even though automatic punching is 10 – 20 times faster than punching by hand. We know a bindery that farms out their coil binding to a company that we once called a copy shop. How can you compete in the marketplace if printers have equipment that is just as automated, or even more automated than your own?

Don’t let this happen to you. If ever there was a time to think out of the box-- it is now. If you want to re-capture those jobs that are being shipped overseas, you’re not going to do it with the same manual equipment that can be found at the copy shop down the street, or across the pacific.

Thank you for your attention. I hope to see you all at our booth at Graph Expo in the fall.

Posted by David Spiel at 8:22 AM No comments:

David Spiel
David Spiel has been working in the Graphic Arts industry since 1993. He is well traveled, loves the arts, and is an award winning photographer. He is married to Lori with two children, Sarah and Melanie.